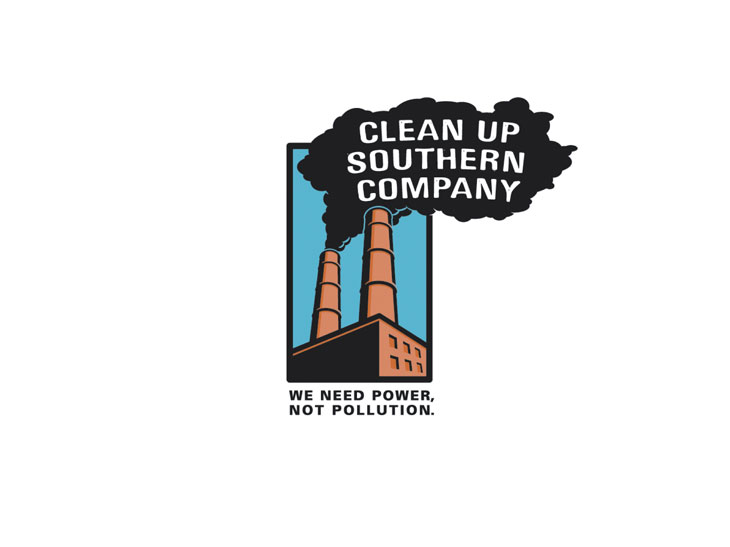 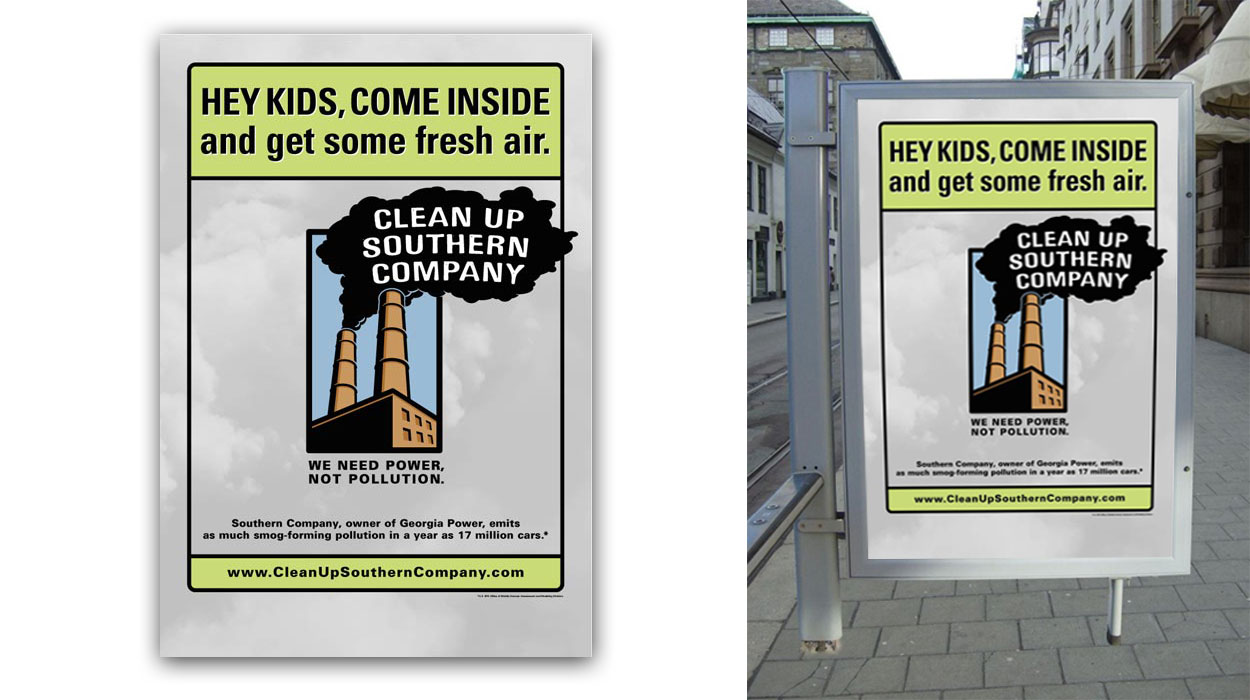 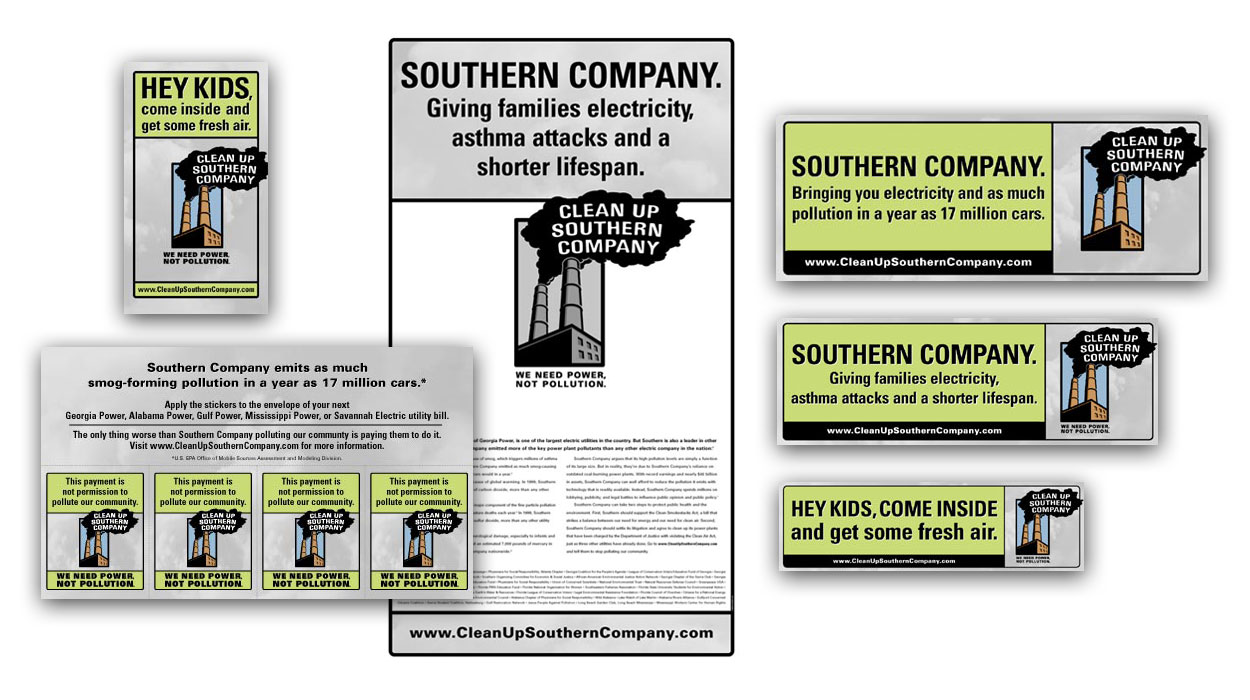 Included in the print campaign were these bus shelters, billboards, fridge magnets, a full-page newspaper ad, and stickers that customers could use to affix to their Southern Company utility bill payments.